Home Uncategorized A BRADFORD has taken home a top honour at the British Muslim Awards 2022. 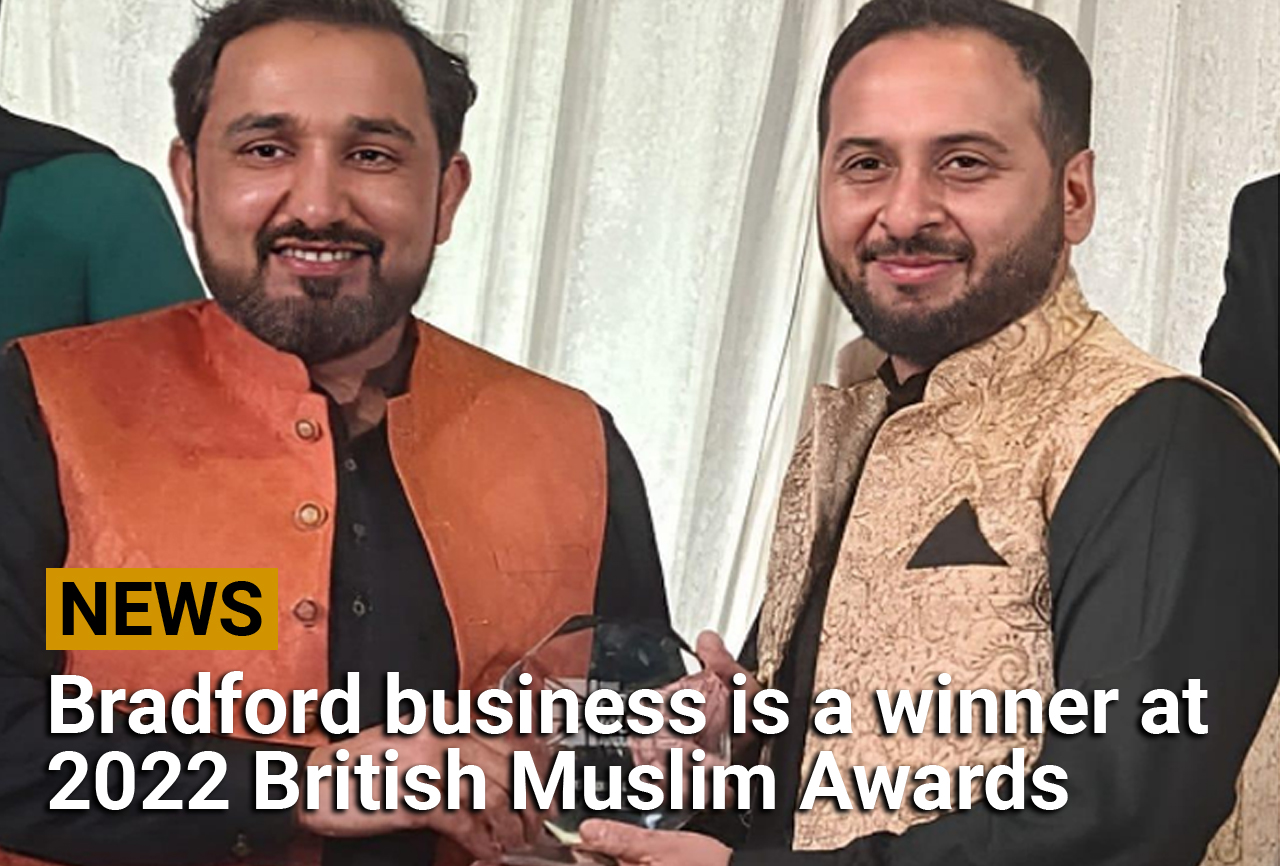 Top professionals and businesses from the British Muslim community were awarded for their ingenuity and achievements at a ceremony on Thursday at the Marquee British Muslim Heritage Centre in Manchester.

Out of total of 35 winners on the night, Barkerend-based 360 Secure Systems were celebrating after wining the Small Business of the Year prize.

Aftab Hussain and Nadeem Ahmad, the directors of 360 Secure Systems (established in early 2019), were pleased to take home the trophy for Small Business of the Year.

The two are best friends, as well as colleagues at Kirklees College, where they hold full-time jobs as engineering lecturers.

The company, which is based in Bradford but covers the West Yorkshire area, provides CCTV video security solutions that are innovative, smart and designed to deter theft and fraud, provide high-quality surveillance data and allow distance viewing on smart devices.

360 Security Systems were the only business in Bradford, out of all the nominees at the 2022 British Muslim Awardss, to have won an award.

However, West Yorkshire was well represneted on the night with three others winning one of the 35 awards.

They are are as follows:

The 2022 British Muslim Awards were a celebration of the brilliant, accomplished and dynamic Muslim community across the UK.

The awards were held to celebrate the wide range of achievements across the country including those who positively impact business, charity, sport, arts, culture, religious advocacy, education and medicine among others.

They commended British Muslim individuals for their entrepreneurship, spiritual endurance and wide range of successes across a variety of sectors. Categories ranged from Muslim in the Community, Young Achiever of the Year to Spirit of Britain.

Russia is our enemy too, say Muslim fighters readying for war in Ukraine