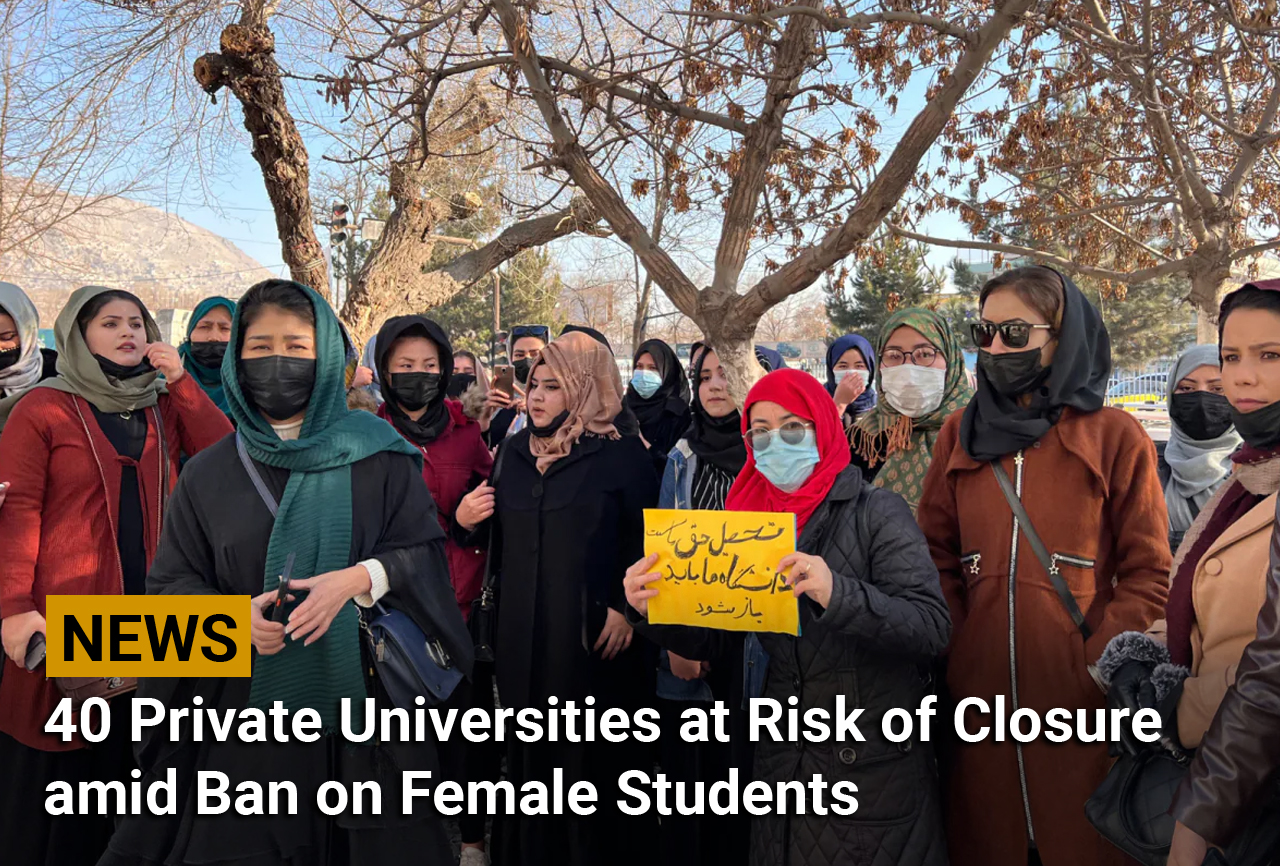 Meanwhile, a number of students and lecturers called on the Islamic Emirate to reopen universities for women.

The union said that more than 5,000 employees of private universities have lost their jobs after the ban on female students that happened in December 2022.

“More than 40 owners of universities have told us that they will not have the financial capacity to continue their activities if the temporary decision of banning female students from attending universities continues for a long time. In this case they said they will be forced to close the doors of their universities,” said Mohammad Karim Nasiri, a press director of the union.

Some owners of private universities expressed their concerns over the situation and said they will have no option but to take their investment out of Afghanistan.

Meanwhile, a number of students and lecturers called on the Islamic Emirate to reopen universities for women.

“The closure of universities and higher education centers for women has not only affected the academic centers but also severely affected this sector economically,” said Fazal Hadi Wazeen, a university lecturer.

“Our call on the Islamic Emirate is to reopen universities for women and let them continue their education,” said Aisha, a student.

Abdul Rehman Makki, dy chief of Lashkar-e-Taiba, designated ‘global terrorist’: Who is he, what this means

16th century mosque bulldozed in UP to widen road