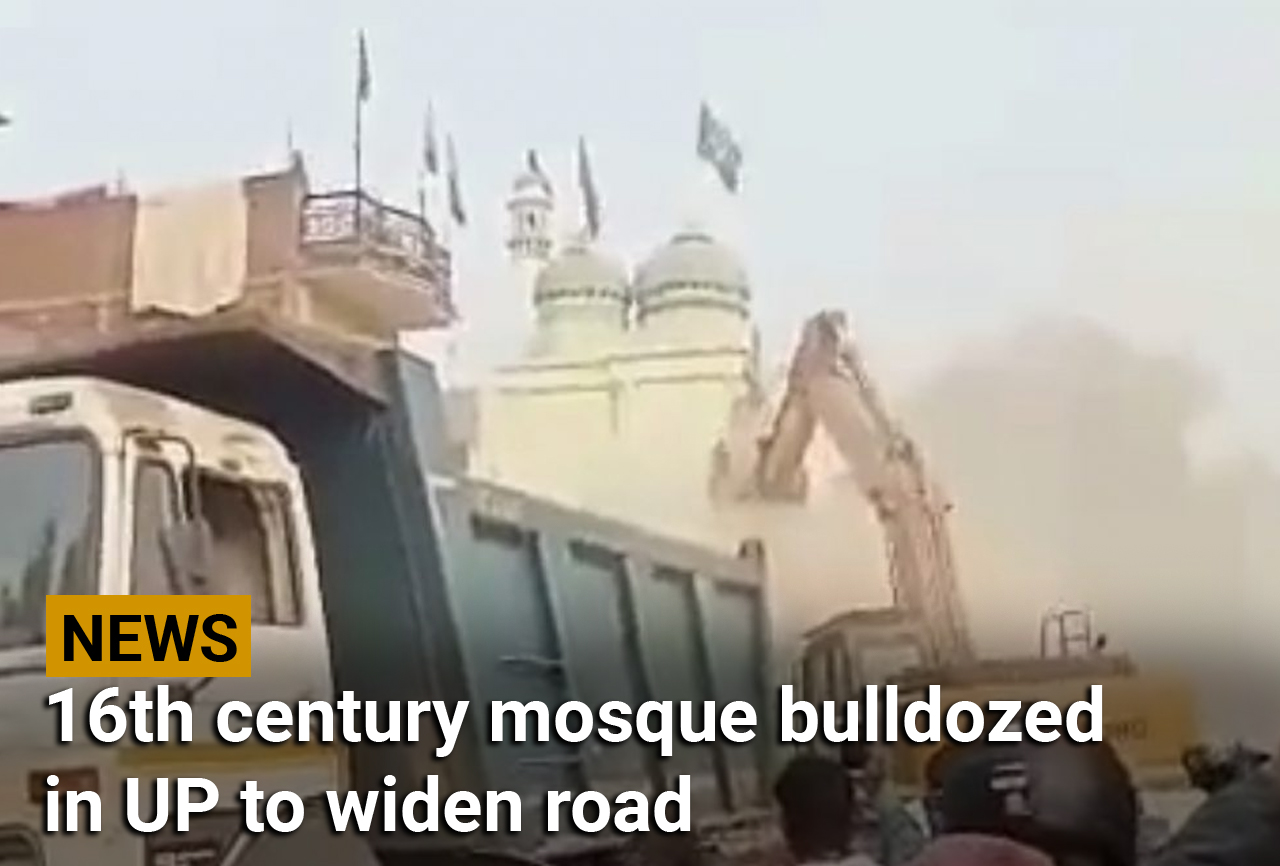 Shahi Masjid, a 16th century mosuqe situated at GT Road in Uttar Pradesh‘s Saidabad, Prayagraj was demolished by the authorities for widening of highway.

The historic mosque was demolished two days before the lower court was set to hear the matter, mosque imam said.

The Uttar Pradesh government report stated that the mosque has been constructed by encroaching government land.

Earlier Allahabad High Court had dismissed the writ petition moved against the proposed removal of mosque.

The Intezamia Committee of Shahi Masjid had argued that the construction (Shahi Masjid) has been in existence for a long time, i.e., since before independence.

Several users took to social media to register their anger over the mosque demolition.